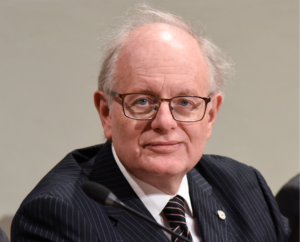 Pietro G. Frè, born in Alessandria, Italy, in 1952, is a theoretical physicist, author of a large scientific production in the fields of supergravity, superstring theory, cosmology and geometrical field theories. Some of the best known contributions to the field obtained by Frè, mostly derived in the context of various collaborations, include the foundation of the Rheonomy approach to supergravity, the invention of Super Free Differential Algebras, the discovery of Hyperinstantons, pioneering work on the Solvable Lie Algebra approach to extended supergravities and on the Embedding Tensor formalism.  P.G. Frè graduated from the University of Torino in 1974 and there he is presently Full Professor of Theoretical Physics since 1996. Previously, for several years, he was Coordinator of the Elementary Particle Sector at SISSA (Trieste). He was post-doctoral fellow at Caltech, and at CERN and he was visiting scientist for extended periods of time in several Universities and Laboratories, both in Europe and in the USA:   Stony Brook, UCLA, KU-Leuven among others.  For eight years (2009-2017), Prof. Frè was Scientific Counselor of the Italian Embassy in Moscow and, while living there, he collaborated, scientifically and also pedagogically, with institutions located  in Russia, in particular with the Joint Institute of Nuclear Research in Dubna and with the National Nuclear University MEPhI in Moscow.

Pietro Frè is author (or coauthor) of various scientific monographs: in particular Gravity, a Geometrical Course (two volumes, Springer 2012), The N=2 Wonderland (with Soriani, World Scientific 1994), Supergravity and Superstrings: a geometrical perspective (three volumes, Castellani & D’Auria & Frè, World Scientific 1991), Groups and Manifolds (with Fedotov and De Gruyter, 2017 in press), Advances in Geometry and Lie Algebras from Supergravity (Springer, 2017, in press). Prof. Frè is active also in the field of history of science and its popularization. He has published in Italian with Springer the short essay Il fascino Oscuro dell’Inflazione  and a new historic-philosophical essay is about to be published, entitled A conceptual History of Symmetry from Plato to the Superworld. Pietro Frè is also a literary writer having composed a few novels and essays (in Italian). The most recent novel, entitled “Squame di Pesce” is presently in press (ZonaFranca publisher, Lucca).